When a story becomes… a map: of Varese

From detective stories to romances, from fiction to artistic insights, hereunder you will find a few books through which you will be able to get acquainted with our territory from a new perspective, just in time for the World Rowing Championships ( July 25th-31st, 2022) 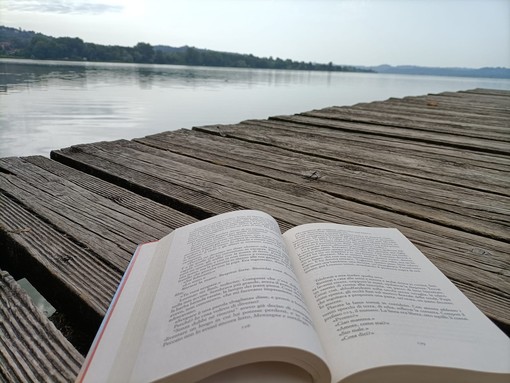 Once you have in mind to visit a place, perhaps you  will check on a map, or you will prepare a detailed plan of what to do and to visit, or again you will try to find  the best restaurants or … you will read stories taking place there.

So if you are planning to visit Varese during the U19 e U23 World Rowing Championships (July 25th-31st, 2022), we introduce you to a few reading proposals where events and characters are set in our town – why not enjoying in trying to recognize  them when you are here?

Detective stories, for a tour into crime

If you like crime novels for sure you cannot miss Delitti sul Lago (Crimes on the Lake), a collection of twenty detective stories set on the lakes of Varese, Maggiore, Orta, Ceresio, Iseo, Como and Garda. Specifically our province is the location of Due dettagli (Two Details), Delitto in Onda (Murder on Air), La Casa delle Bambole (The house of dolls), La piccola ballerina (The little dancer) and Accadde a Halloween (It happened at Halloween).

Are you fond of arts? If this is the case, your will love the following books dedicated to a couple of the most famous and panoramic places of our area written by M. Albeni: Santa Maria del Monte. I graffiti (Santa Maria del Monte. The Graffiti) and Prima del Sacro Monte: Luoghi archeologici e storie nascoste nei secoli precedenti il Viale delle Cappelle (Before Sacro Monte: Archeological sites and hidden stories along the centuries before the existance of the Stations of the Cross walking path).

Another branch of art is related to Arpa che muta giaci – Quando Varese era la rivale di Milano . Le grandi stagioni musicali e di prosa del Teatro Sociale ( Dumb laying Harp. When Varese rivalled with Milano. The great music and drama season of the Social Theatre). The main character is the Theatre itself, of which the writer Massimiliano Broglia reviews thirty years of activity, from 1830 to 1861.

In the essay From Laveno (1926) to Dresda (1944) and back, the memories of Olindo Cardoni describe almost one century of the story of Laveno, from the end of 19th century to fascism and up the end of the ceramics industry at the end of 20th century.

Curiosity, fantasy and a jump into the future

Is it true that hotels do have a soul ? Let us check together by reading Il gigante e la montagna. Storia e storie del Grand Hotel Campo dei Fiori (The giant and the mountain. History and stories of the Campo dei Fiori Grand Hotel). This book is an overview of the many events which have taken place in the hotel, which is not only one of the most significant landmarks of Italian Art Nouveau, but has also been a crossing point for visitors, a home for regular guests,  a heart  for the owners.

Silvio Foini leads us to the Monastery of Torba, haunted by demon Asharot, and to the four characters of Il Custode del Male (The Guardian of Evil).

Last but not  least let us have a look at the future : Varese 2051. How Varese is going to be in thirty years’ time. Thoughts of a few researchers about social, economic, political, environmental forecast. The authors Cesare Chericati and Antonio Martina share a few ideas about the evolution of our town in the next 20 – 30 years.